Rojy Aktar was born in a poor family in a village named Jalisha of Dumki upazilla of  Patuakhali district under Barisal Division. Syed Delwar Hossain father of Roji was a service staff of Trading Corporation of Bangladesh. Roji was 2nd child of her parents. Her family was not well off as her was a petty worker. Roji with her brothers & sisters were continuing education by the financial support of her maternal uncle. Rojy stopped her education due to poverty & married by family decision with Moniruzzaman Khan Dulal of Tarabunia village under Rajapur upazilla. Dulal was workless man. He led his life from hand to mouth by cultivating a small area of land. They were passing needy life. Even they were not properly fed. Dulal was confused to maintain his family. At last he decided to shift at Barisal city to do something. They rented a tin shaded house at Sreenath Chaterjee lane at the city. After a few days, Dulal joined himself at a chanachur (Snacks) factory as a daily worker. But they could not change their livelihood. After 03 years, Dulal rented a paddling van to transport chanachur from shop to shop which he purchased on credit from his factory and repaid the money by keeping a marginal profit. Day by day he promoted his business as well as profit. Since 10 years they deposited a few number of money. 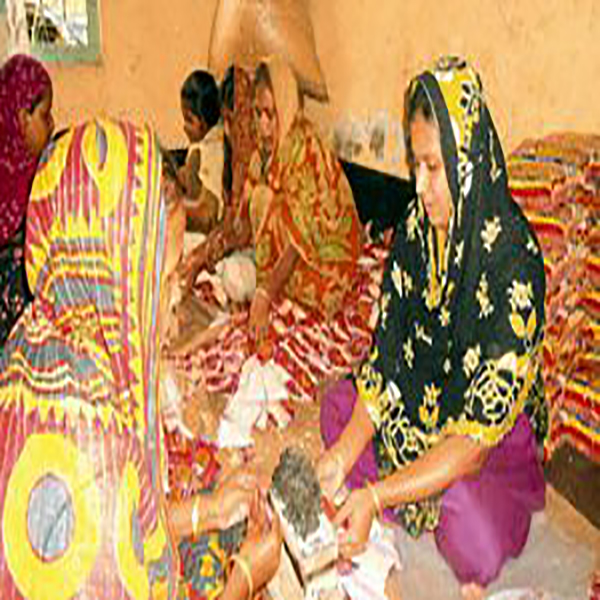 Meanwhile, Roji gave birth a female child on 01.09.2000. Roji was worried about her husband’s hardworking. One day Roji discussed with Dulal about home based small business & she wanted to assist him in the business. But they had not enough cash capital to start a new trade venture. They became depressed. In the time, Ms. Khaleda Akter (Field Officer of ICDA Sadar Branch) introduced with Roji while she opened a new group at Sreenath Chaterjee lane. Roji wanted to be a member of the group by sharing the procedures of group as well ICDA. Ms. Khaleda opened a new group consisting of 10 members. Though Roji got membership of the group, she was not enough financially solvent to receive a loan from the group. A few days later Roji received a loan of taka 3,000/= at first scheme with the consent of her husband. They set up a chanachur factory at their premise investing their deposited & borrowed money. But that was insufficient.

Roji would have known that the amount of loan might be increased if they would realize properly. Dulal became encouraged. Roji used to assist her husband on leisure period. Dulal had a relationship with the retailer as he was a transporter of his factory. His business was being promoted. Step by step Roji increased her loan amount. At 5th scheme Roji received a loan of taka 15,000/=. Then they appointed 02 hawkers to transport their produced items. They needed more cash capital. After discussion with field officer Roji proposed to get Micro Enterprise loan. With the consent of her husband Roji received a loan of taka 30,000/=. Primarily Roji used to prepare & pack Chanachur and her husband transported it to the retailer. They appointed 05 more workers due to Roji faced pregnancy related illness. All of them were very happy to know that Roji gave birth a male child on 15.11.2008. Again, Roji invested 50,000/= by getting loan from ICDA. Production of their factory was being increased day by day.

At present total number of employees of the factory are 20. They have a land of .05 decimal which values 10,00,000/= approximately. They have a planning to set their factory at their own premise. Now they are passing a happy & solvent life. Roji is grateful to ICDA for financial cooperation. Roji may be a great example for those who want to win poverty. 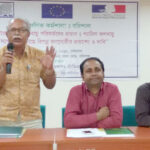 Organization’s activities confronting the impact of climate
May 16, 2022 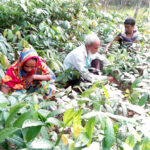 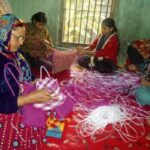